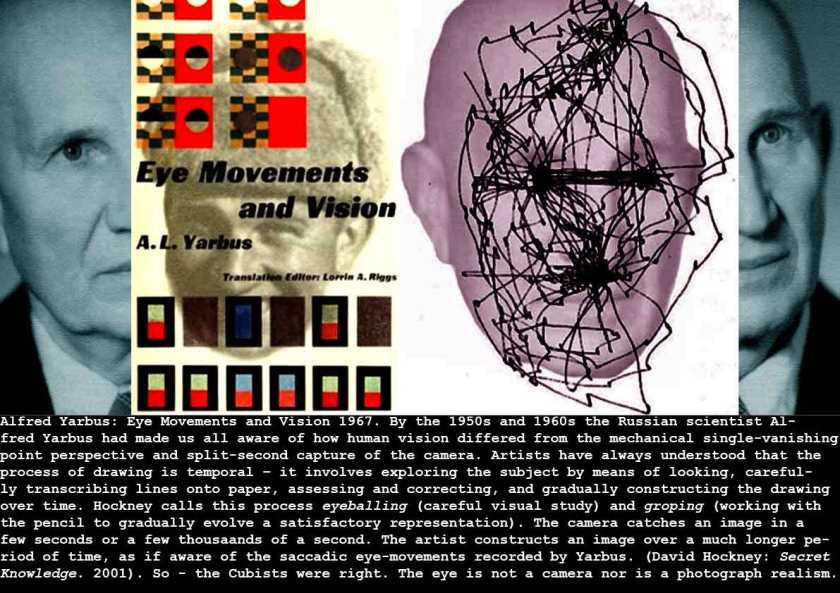 This was a significant breakthrough in the science of visual perception – the results of Yarbus’ extensive research and development of eyeball- or gaze-tracking technology that enabled him to discover how we actually see. At last we could dispense with the mechanistic metaphor (current since the 19th century) that the eye is like a camera. (The perceptual psychologist Ralph Haber has called this ‘one of the most potent though misguided metaphors in psychology’ (quoted in Morton Hunt: The Story of Psychology 2009.)

I have suggested elsewhere in Inspiritorium that Yarbus’ discoveries are a retrospective justification for the revolution of Cubism in the early 20th century. And since gaze-tracking has entered the digital age, and has become an essential tool for ergonomists and user-interface designers, we now have sophisticated, low-cost technologies for exploring the phenomenon of saccadic vision.

“All the records … show conclusively that the character of the eye movement is either completely independent of or only very slightly dependent on the material of the picture and how it was made, provided that it is flat or nearly flat.” The cyclical pattern in the examination of pictures “is dependent not only on what is shown on the picture, but also on the problem facing the observer and the information that he hopes to gain from the picture.”

The insights of Yarbus and other perceptual psychologists have become an important aspect of human-computer interface design, where gaze-direction-tracking has become an important control mechanism in technologies like VR, head-up displays, monoscopic head-mounted displays, games interfaces, cockpit-design (etc). 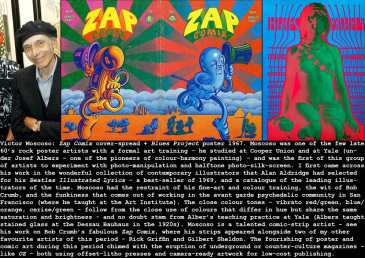 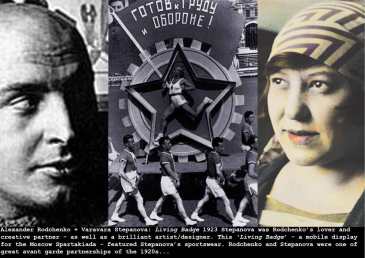 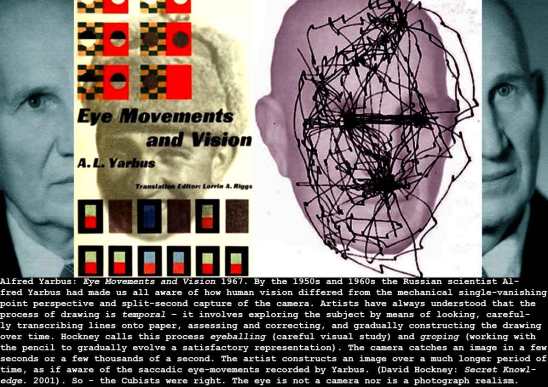