What Next with the World-Brain? – A graphic exploration of the Noosphere

Over the last 80 years, we’ve conceived, designed and built a global computer network linking over 4.66 billion users – 66% of the world’s population, and linking 99% of the world’s 2 billion computers.

These computers represent a combined processing power of one septillion (1021) zettaFLOPs – to put this in perspective, we don’t expect tohave a supercomputer of this power until at least 2030.

A human brain has about one quintillion or 1018 floating-point operations per second.

And global data-storage had reached 18 zettabytes by 2018 – this is ALL the world’s books, all the poetry, plays, all the paintings, photographs, movies, museum records, music, scientific and scholarly papers, all the magazines, newspapers, journals, all police and government and international records, all the bank accounts, stocks and shares data, all the national and local utilities data, everything we’ve ever made, ALL available 24/7 to 4.66 billion of us.

In 2021  even the most basic smartphone comes with around 30GB of data storage, while a top-of-the-range iPhone has more than 500GB.

We’ve built the World-Brain that H.G. Wells imagined in 1938.

We’ve built the Mnemosyne Atlas that Aby Warburg imagined in 1924.

And we’ve built the World-Wide-Web that Tim Berners Lee proposed in 1989.

And we’ve built the Wikipedia that Jimmy Wales began in 2001.

We’ve built the Neural Networks that Frank Rosenblatt prototyped in 1957.

We’ve invented the Quantum Computer prototyped by Isaac Cheung and Neil Gershenfeld in 1998.

And we’ve created a world-wide MediaPlex to handle all the books, films, music, images, television ever made.

the World-Brain and the MediaPlex covers the art, technology and media innovations developed over the last 200 years.

The collection reinforces my belief that many of the content innovations emerged from the counter-culture and the avant-garde.

In my Kindle ebooks I use resources from mediainspiratorium to trace the invention of the World-Brain (as imagined by H.G. Wells and the Belgian documentarist and information-designer Paul Otlet), and the invention and development of the vast MediaPlex we all live in now in the 21st century. The series of ebooks is called How we built the World-Brain and Invented the MediaPlex. It is of course, an intermedia history of our media-arts (meaning that it is not just about the fine arts and avant-garde arts, but also includes the information arts, the counter-culture arts, the entertainment arts and the digital arts too). It is the most inter-disciplinary history of ‘art’, and includes a history of design as well as overview histories of film, photography, animation, optical entertainments, comics, graphic-design, information-design, games, architecture, fashion, illustration, performance, theatre, coding, music, poetry, literature, science-fiction, art-theory, art-criticism, advertising and propaganda, education, and loads more. Check these out at Amazon: https://www.amazon.co.uk/How-Built-World-Brain-Invented-MediaPlex-ebook/dp/B08R1SWQJ8/ref=sr_1_3?dchild=1&keywords=bob+cotton&qid=1608534319&sr=8-3 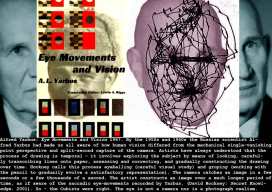